The No. 1 Cause of Lung Cancer – Radon or Smoking? 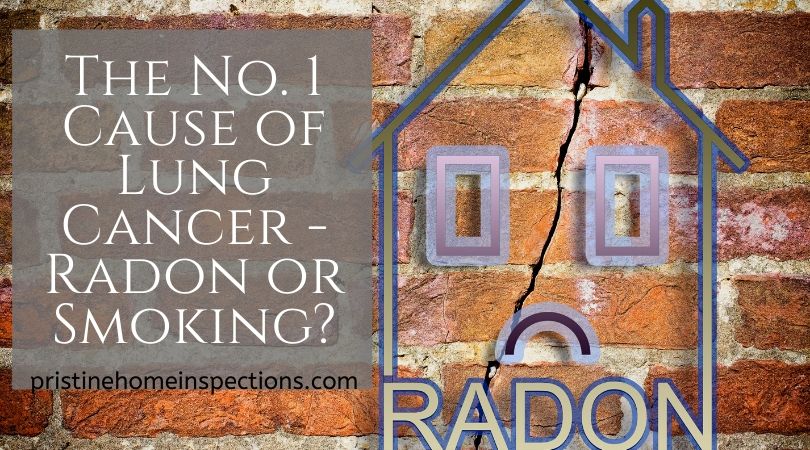 Radon has always been considered a distant second to smoking as a cause of lung cancer. If smoking is linked to 87 percent of all lung cancer deaths, why even worry about the lung cancer deaths related to radon (21,000 per year in the United States)?

Not so long ago secondhand smoke was a hot-button topic in America. It’s the third leading cause of lung cancer deaths with roughly 3,000 per year – a much distant third.

Radon has been in cigarettes for years and that information has been available to the public, but it has not been widely publicized. Here are some facts to consider:

These metals cling to dust particles which in turn are collected by the sticky tobacco leaves. The sticky compound that seeps from the trichomes (fine, sticky hairs) is not water soluble, so the particles do not wash off in the rain. There they stay, through curing process, cutting, and manufacture into cigarettes.

Lead-210 and Polonium-210 can be absorbed into tobacco leaves directly from the soil. But more importantly, trichomes on both sides of tobacco leaves grab airborne radioactive particles.

So in essence, the top three leading causes of lung cancer deaths are as a result of radon.

When writing this blog, I started to realize that people associate lung cancer with smoking, but do we stop to think about what is inside the cigarette that is causing cancer?  Now you know.

Is Radon Testing Required in Illinois?

Before Finishing a Basement, Check for Radon

How to Use Etched Glass to Determine Radon Exposure